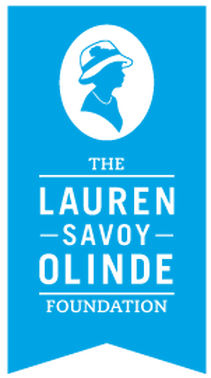 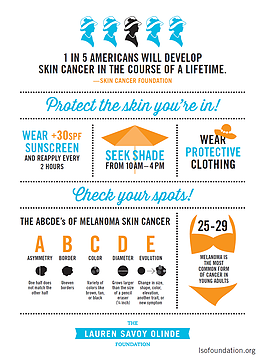 Lauren Savoy Olinde was a true Baton Rouge girl. She grew up at Our Lady Mercy School and wore the red plaid skirts of St. Joseph Academy High School. She was voted “friendliest” and received an award from her class “given to the senior who exemplifies love, kindness and a strong moral character.” Lauren attended LSU in Baton Rouge, was president of her sorority, and received her Doctor of Pharmacy degree from the University of Louisiana at Monroe. In October of 2009, Lauren felt a large mole on the crown of her head. It was Stage III Melanoma. She immediately began aggressive treatment.

In July of 2010, Lauren went into remission. It was a wonderful time filled with family, friends, and trips to places she had always dreamed of visiting. In February of 2011, her cancer returned and it had spread to her liver. It was now Stage IV Melanoma. Lauren was undauntedly positive and never lost hope in her cancer battle. On January 21, 2012, at the age of 27, Lauren Savoy Olinde passed away.

Lauren, in her ever giving spirit, wanted to protect as many people as possible from the disease that ultimately took her life. During her time in remission, Lauren and friends imagined a nonprofit foundation that would bring awareness to skin cancer. The LSO Foundation was officially opened on January 20th, 2012. Lauren was given word of the opening of the Foundation and responded with a beautiful smile of encouragement to carry it on.

The Lauren Savoy Olinde Foundation’s Executive Director and high school friend of Lauren, Sarah Lomax Gray, now runs the nonprofit with a board of directors made up of family, friends, and those in the skin cancer field. The mission of the LSO Foundation is to raise awareness of skin cancer through education, prevention, and early detection. Through its programs — the sun shade project, the hat project, the skin cancer education project, and the Hat Run — the Foundation is successfully educating the public on how to protect the skin we’re in!